Over the last eight years, negotiations through the Trilateral Contact Group (OSCE, Ukraine, Russia) and Normandy Format (Germany, France, Ukraine, Russia) to end the war in the Donbas region of eastern Ukraine have failed to achieve a peace agreement. The Russian-Ukrainian war has created two million internally displaced persons and refugees, killed over 15,000 combatants and civilians, and brought widespread destruction to the infrastructure and economy of the Donbas. There is little likelihood of achieving a peace settlement if the Trilateral Contact Group and Normandy Format remain in their current format. END_OF_DOCUMENT_TOKEN_TO_BE_REPLACED 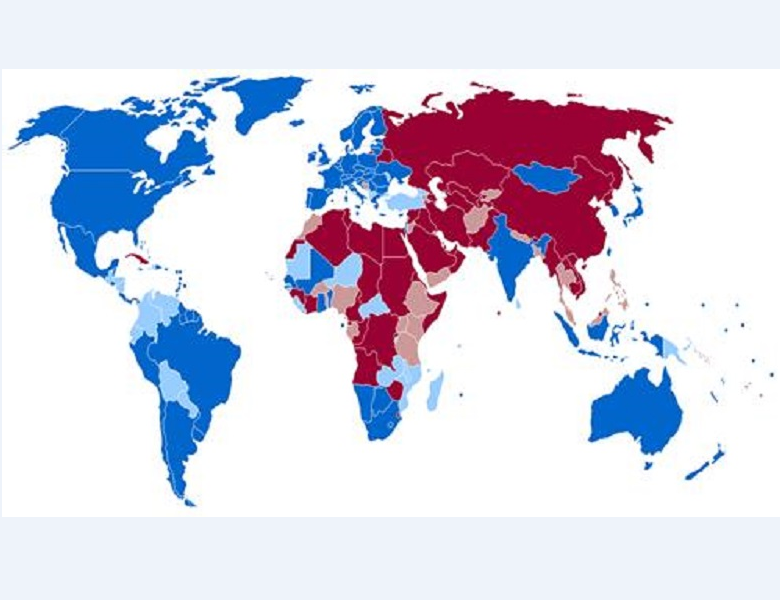 How to avoid geopolitical mistakes

The proposed draft agreement on security measures for the Russian Federation and the North Atlantic Treaty Organization has become, as they say, the icing on the cake in Vladimir Putin’s disproportionate hunger to geopolitical subjectivity and more precisely, is the rebuilding of an empire, which stake claim to certain zones of influence.
In particular Articles 6 and 7 of the draft Agreement:
“Participants that are members of the North Atlantic Treaty Organization are making commitments that prevent further NATO enlargement, including the accession of Ukraine and other nations. END_OF_DOCUMENT_TOKEN_TO_BE_REPLACED 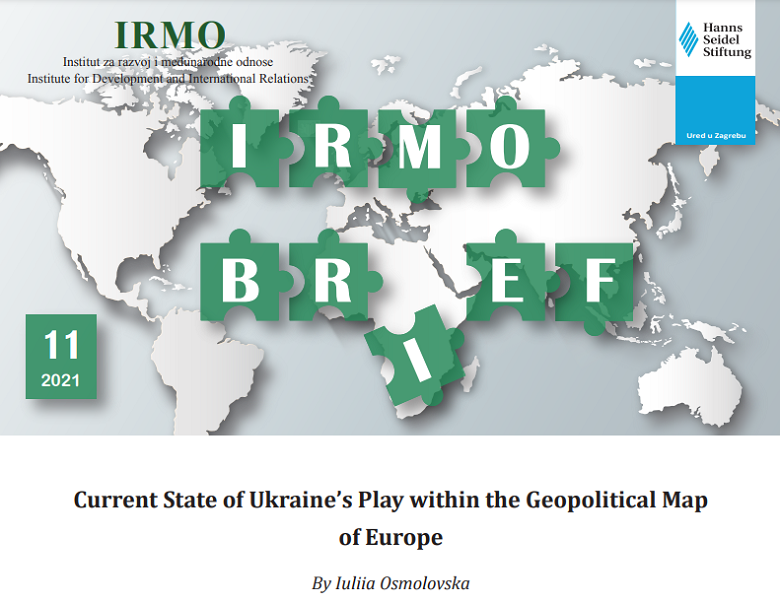 The beginning on November has been rich on worrysome developments in Eastern Europe and around Ukraine in particular. With reports of the Organization for Security and Cooperation in Europe (OSCE) of continued and ever growing number of ceasefire violations on the frontline in Donetsk and Lugansk regions – climbing to more than 750 daily on 12 th and 13th November – satellite data on suspicious build-up of Russian forces near the Ukrainian border and respective US warning its EU allies of Russia’s potential invasion in Ukraine, migrant crisis on Polish-Belarussian border leading to aggressive land and aerial border patrol checks by joint Belarus and Russia military forces – the whole security landscape of Eastern Europe becomes ever more shaky and troublesome. Spiced up with undeclared energy war in Europe and Troyan Horse of Nord Stream 2, muscle stretching in the Black Sea, still-to-be-defined political configuration and policies of the new German government, turbulent presidential-run-up France, everything leads to ideal mulled waters for perfect fishing. END_OF_DOCUMENT_TOKEN_TO_BE_REPLACED 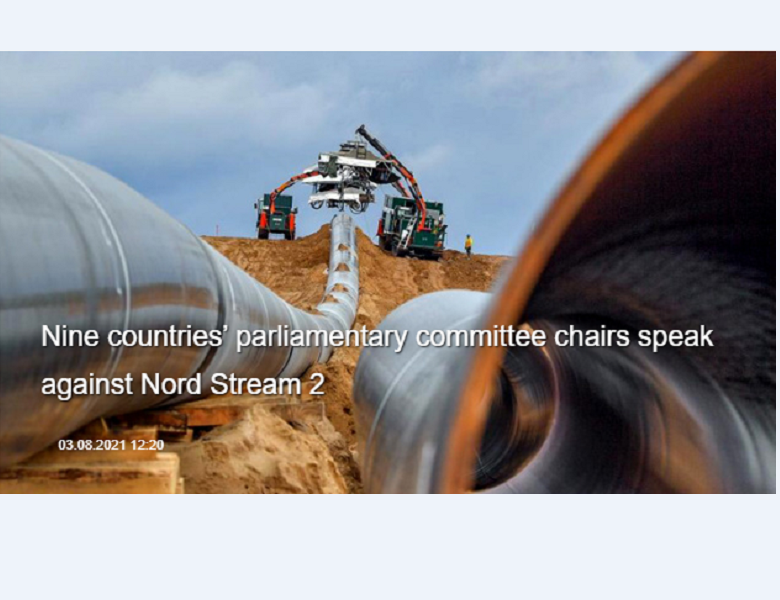 Chairpersons of the Foreign Affairs Committees: Statement on Nord Stream 2

The heads of the foreign affairs committees of nine parliaments, including the U.S., UK, EU countries, and Ukraine, issued a joint statement opposing the Nord Stream 2 gas pipeline.
That’s according to a joint statement reports: END_OF_DOCUMENT_TOKEN_TO_BE_REPLACED 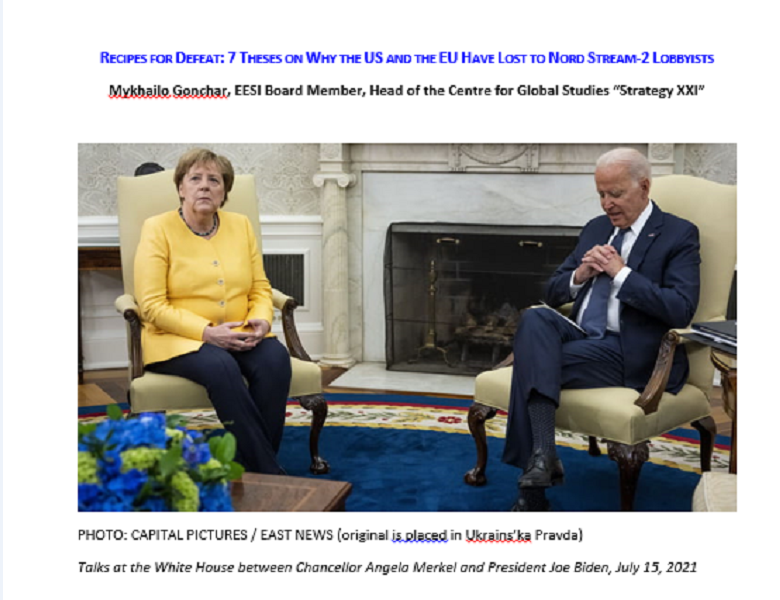 RECIPES FOR DEFEAT: 7 THESES ON WHY THE US AND THE EU HAVE LOST TO NORD STREAM-2 LOBBYISTS

There is no sense to analyze deeply the artwork of the German and American lobbyists of the Kremlin’s Nord Stream 2 project (NS2), which has been hastily made and skillfully carried through the circles of power in Washington. Perhaps, one day it will become the subject of the parliamentary investigations in the United States and Germany. END_OF_DOCUMENT_TOKEN_TO_BE_REPLACED 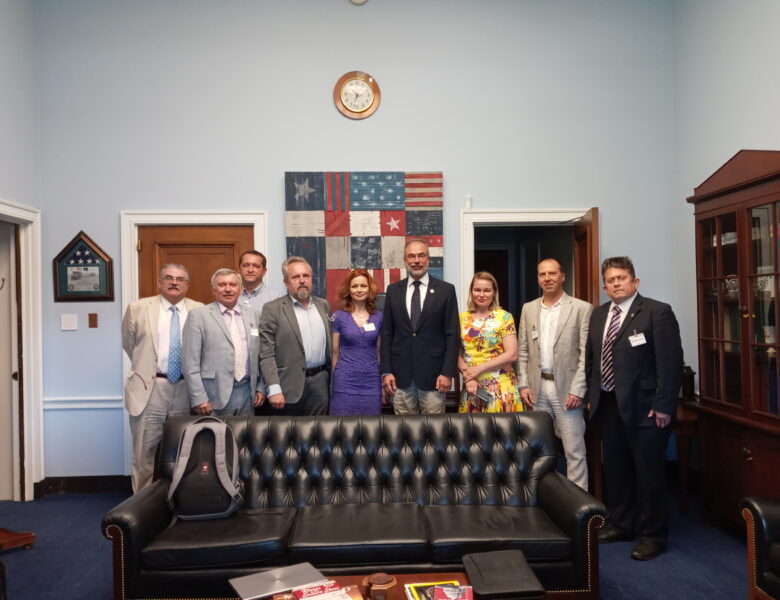 With the support of the Renaissance Foundation the Eastern Europe Security Institute (EESI) organized and headed the Ukrainian delegation of the leading security experts to Washington on June 21-25, 2021.

The purpose of the visit was to inform US officials, politicians and experts about the current security situation in Ukraine and Eastern Europe in general, the increasing threats (including military ones) from the Russian Federation, the risks associated with the completion of Nord Stream 2 and the expansion of China in the region, as well as to discuss the possibilities of Ukrainian-American cooperation at all levels (official, expert and civil activities) with the aim to strengthen security and stability in the region.

During the visit, the Eastern European Security Institute together with the American Council on Foreign Policy held a round table on “Risks of Russian influence in Ukraine and Eastern Europe.” During the event, the Ukrainian delegation presented the updated Ukrainian studies on increased attempts of the Russian Federation to influence the internal politics of the countries in Eastern Europe, as well as the new evidence of the rise of aggressive information operations of the Russian Federation. The roundtable also examined the growing tension in the Black Sea region caused by the strengthened military presence of Russia, as well as measures on holding Russia accountable for its violations of the international law, which enshrine from the illegal annexation of the Ukrainian Crimea.

The visit encompassed the meetings in Senate and the House of Representatives (in particular, with the Co-Chair of Congressional Ukraine Caucus Sen. Andy Harris, staff members of the Committee on Foreign Affairs of the Senate, Committee on Security and Cooperation in Europe (the Helsinki Commission), US State Department,   USAID, Institute of Peace, National Endowment for Democracy (NED), as well as with the leading US analytical centers as Potomac Foundation, Atlantic Council, Jamestown Foundation, FDD, Rand Corporation and others. During the meetings the delegation discussed with its US counterparts the issues of regional security in Europe, US foreign policy towards Russia and Ukraine, security situation in Ukraine (in the light of recent build-up of Russian troops at eastern borders of Ukraine), US sanctions on Nord Stream-2.

Meetings included talks on development of American-Ukrainian cooperation on enhancing civil society role in political processes in Ukraine and discussions of further coordinated actions necessary to prevent geopolitical harm of Nord Stream-2, as well as energy security in broader term. The Ukrainian team updated their American partners on recent developments in our country, new forms and methods of Russia’s hybrid activity, which have been recently detected in Ukraine and Eastern European countries, as well as other outstanding security challenges in Eastern Europe and perspective role of US in strengthening the security framework in the region.

The visit envisaged extensive consultations with pro-Ukrainian US-Ukraine Foundation and Center US-Ukraine relation on enhanced cooperation and healthy lobbying activity with the involvement of the Ukrainian diaspora in the USA.

The delegation consisted of  Mr. Anatolii Pinchuk, Head of Board of the EESI, President of the All-Ukrainian NGO “Ukrainian Strategy”, Head of the Ukrainian Center for External Economic Relations, Ms. Iuliia Osmolovska, Executive Director of the EESI, Mr.  Mykhailo Gonchar, Member of Board, EESI, Head of the Centre for Global Studies “Strategy XXI”, Editor-in-Chief of the “Black Sea Security” journal, Ms. Alyona Hetmanchuk, Director of “New Europe Center”, Mr. Andrii Ryzhenko, the Chairman of the Supervisory Board of “Ukrainian Institute of Security and Law of the Sea”, Mr. Max Karzhsky, Political analyst and Policy development   director of the UPA “Ukrainian Strategy”.

Mr. Oleksii Gridin, Adviser to the Secretary of the National Security and Defense Council, Chairman of Volunteer Council of the Ministry of Defense of Ukraine, Founder and Board Member Ukrainian Security Studies Institute also joined the delegation for some meetings under the program.

During their presentation, speakers noted an increase in aggressive information operations via the Russian Federation in an effort to influence the internal politics of Eastern European countries. The group also discussed increased tension in the Black Sea, resulting in the illegal annexation of Ukrainian #Crimea.

The issue of COVID-19 altered the spirit of international cooperation, thus, increasing the gap between the declared intentions to get united in the fight against the decease and actual actions of the states, entered into a competition for the means of protection. The issue of a right vaccine has become an influential tool, which is attractive to use in geopolitical power games, as a country-manufacturer is considered to be in a possession of an important resource, capable to regulate the risks of a human’s physical existence and even health of entire nations. 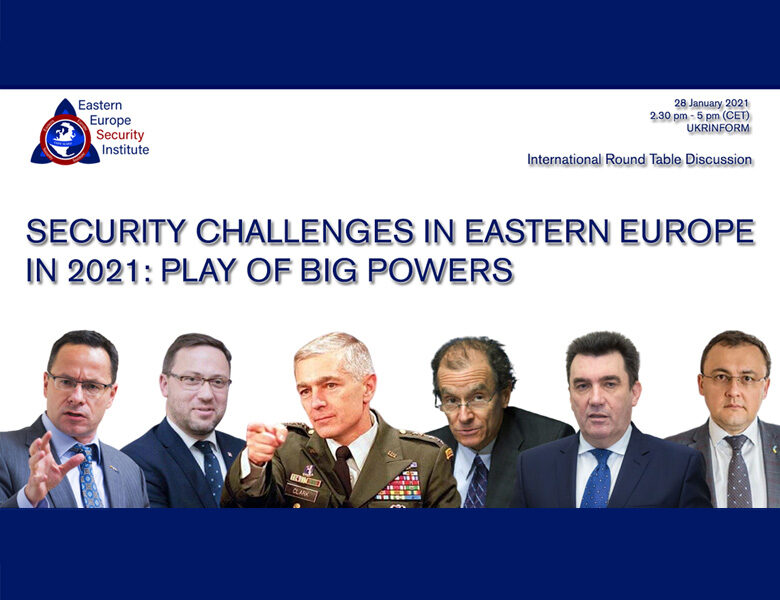 Events of the recent decade have challenged traditional security order and infrastructure in Europe with the region of Eastern Europe being the most vulnerable to harsh selfish actions of individual states, who strive to expand their interests at the expense of the others. The illegal annexation of Crimea and ongoing Russo-Ukrainian unnamed war, tensed relations between NATO and Russia, suspension of US-RF Intermediate-Range Nuclear Forces Treaty, the US and Russia’s withdrawal from the Treaty on Open Skies, indefinite destiny of the US-RF START-III Treaty. 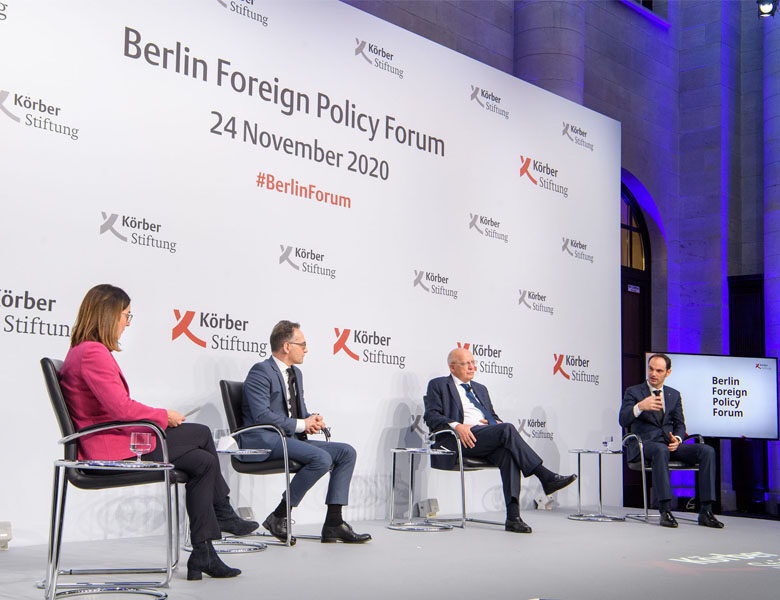 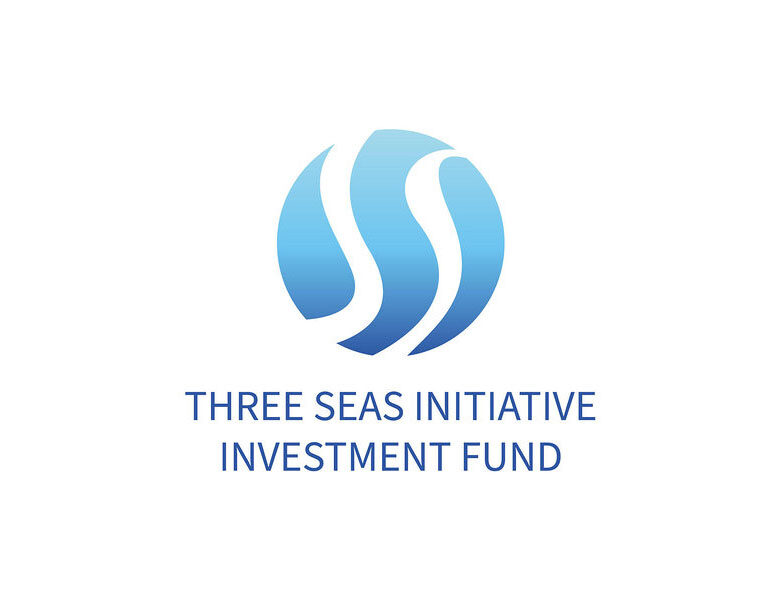 New investment by the Three Seas Initiative Investment Fund was announced on Wednesday, 2d December 2020, reaffirming the practical value of the initiative and strengthening its digital pillar. 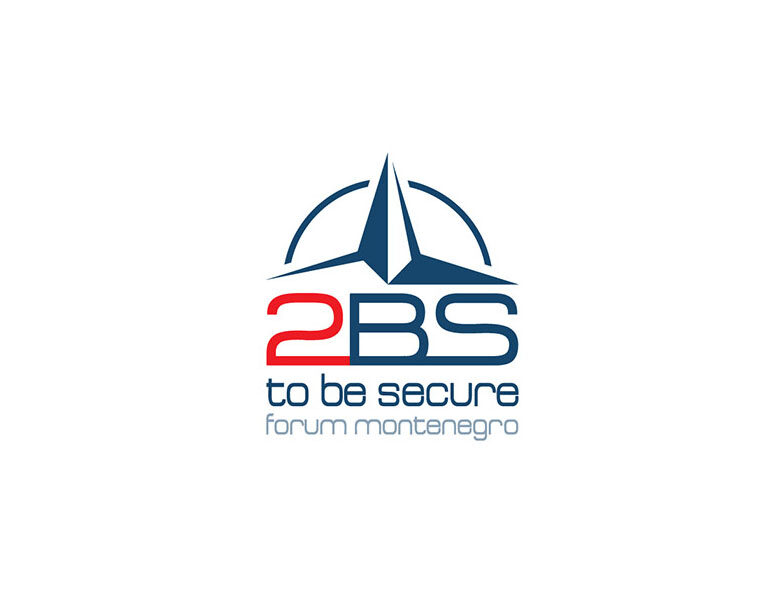 10th 2B2 Forum of Atlantic Council of Montenegro

2BS FORUM – a flagship event of the Atlantic Council of Montenegro. The 10th 2BS Forum was held on 11 December 2020 and highlighted several wide-ranging themes that posed a challenge to current regional and global security frameworks and raised special concerns across the Euro-Atlantic community to re-analyze and reboot common goals and joint efforts to further strengthen and secure a sustainable and thriving future for the SEE region and the wider Europe.

Rich on volatility, uncertainty, complexity and ambiguity the year 2020 has become a quintessence of a turbulent decade that is coming to its end. «Black swans» of pandemic, interrupted communication and shaken world order have brought about temptation to resort to national egoism and to question benefit of collective concerted actions.

Whether 2021 mark a beginning of a complete new era in international relations, based on wisdom, tolerance and positive synergy, remains to be an open question. Yet, one thing is certain: we should do our utmost to protect the fundamentals of our existence — our security. Only in secure and stable world, we shall prosper.

There are a few ways you can support the work that we do, including donating, or becoming a philanthropist.