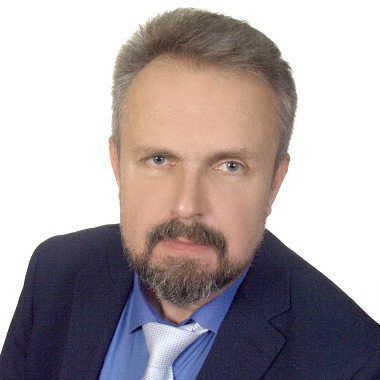 Head of the Board

A person with genuine drive for reforms and mature expert in security and defense sector, as well as on economic issues, Anatolii has contributed a lot into transformation processes in Ukraine since late 1990ies.

His vast portfolio of legislative proposals and participation in joint working groups, where expert community consulted the governmental authorities of Ukraine, range from issues of the Military Doctrine of Ukraine and the Concept on National Security of Ukraine to energy security and reforms of governance at national and regional levels.

Other activities included being a working group leader and co-author of draft laws “On Presidential Elections in Ukraine”, “On the Preparation and Adoption of the New Constitution of Ukraine” (re: transparency and financial statements by political parties ), ” On Amendments to Certain Laws of Ukraine” (re: transparency of decision-making and financial records of the state and local authorities). In cooperation with the Coalition of Small and Medium Enterprises, he drafted laws “On Single Social Tax and Individual Tax” and “The Concept of Public Social Reform”. Co-author of “The Concept on Energy Strategy until 2030”.

In 2014-2019 Anatolii was one of key experts of the “Reanimation Package of Reforms” Civil Initiative (Ukraine) and a member of the governmental Strategic Consulting Group on Reforms in Administration of Central Executive Authorities. He participated in working group on Reforms in Defense and Security Sector of Ukraine and on elaboration of the New Military doctrine of Ukraine

As an active public figure, Anatolii has set up and participates in number of civil society institutions. He is the President of the All-Ukrainian NGO “Ukrainian Strategy” (since 2001), the head of the Ukrainian Center for External Economic Relations (since 2001), a co-chairman of the Coordinating Council of the Civic Assembly of Ukraine (CAU). A member of the Coordination Council of the Coalition for Small and Medium businesses (since 2012); a member of the Council of Entrepreneurs under the Cabinet of Ministers of Ukraine (2008-2010) and of the Central Election Commission of Ukraine (1993-1997). Anatolii was a co-founder and a member of the Joint Government/Parliamentary Commission on Integration of Ukraine into the WTO (2003-2006).

From 1996 to 2001 he held senior positions at the Ukrainian Foundation for Information and Information Agency of Ukraine. In 1992-1996 Anatolii worked as an advisor to the Head of the Dnipropetrovsk Regional Council and Regional administration.

He was co-founder and Vice President of the Association of Young Ukrainian Politicians and Political Scientists in 1992-1997.

Anatolii actively publishes and appears in media, commenting on issues of his expert competence.